Skotia will be covering COP26 from the COP26 Coalition Media Centre in Glasgow.

We’re looking forward to helping deliver alternative media coverage alongside grassroots journalists and independent media groups from around the world. Speaking truth to power and ensuring the people have a voice at the conference of the parties.

Afrika is joining #teamskotia to “put the voices who need to be heard at the forefront” and to “challenge our political systems to become intersectional mediums”.

Nelli is “driven by the vision of an awakened, accessible and accountable news sphere.” She’s joining #teamskotia to deliver “real fourth estate journalism to the people of Scotland and the world!”

Look out for COP26 coverage from Nelli, Afrika, Coll and the rest of #teamskotia in the first two weeks of November.

Alternative media is vital in the fight to save our planet, so please tune in. 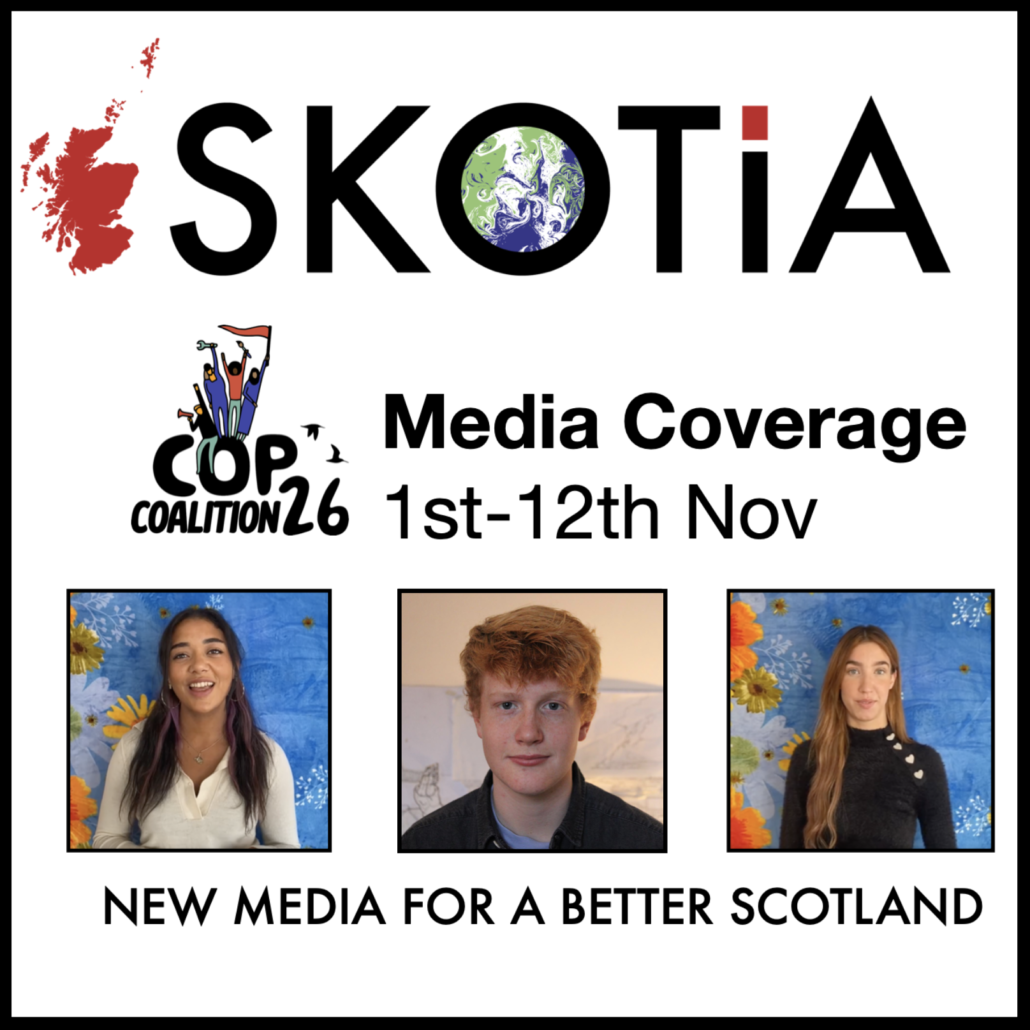 Meet the COP26 team
Skotia – our story so far

This site uses cookies. By continuing to browse the site, you are agreeing to our use of cookies.

We may request cookies to be set on your device. We use cookies to let us know when you visit our websites, how you interact with us, to enrich your user experience, and to customize your relationship with our website.

Click on the different category headings to find out more. You can also change some of your preferences. Note that blocking some types of cookies may impact your experience on our websites and the services we are able to offer.

These cookies are strictly necessary to provide you with services available through our website and to use some of its features.

Because these cookies are strictly necessary to deliver the website, you cannot refuse them without impacting how our site functions. You can block or delete them by changing your browser settings and force blocking all cookies on this website.

We also use different external services like Google Webfonts, Google Maps and external Video providers. Since these providers may collect personal data like your IP address we allow you to block them here. Please be aware that this might heavily reduce the functionality and appearance of our site. Changes will take effect once you reload the page.